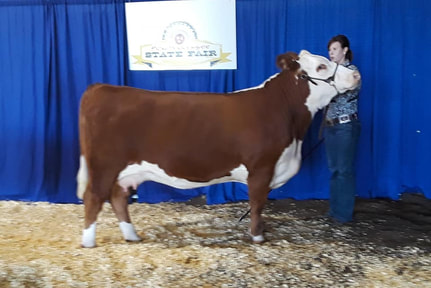 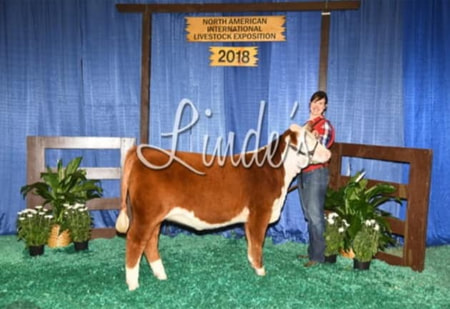 ​Purchased by the Garner Family. 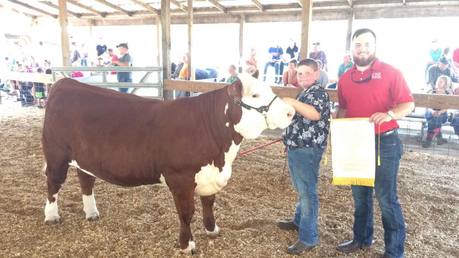 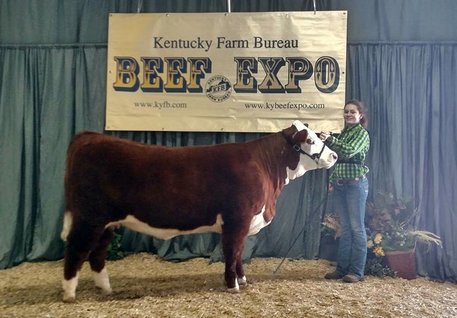 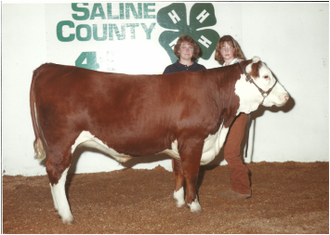 In 1998, Rachel started showing Polled Hereford cattle with two heifers, the first being
RHS Miss F243 8586. The heifer, nicknamed "Sidney," would go on to compete successfully at the local and State level, and calve numerous prospects for the Parish family.

Even though we lost "Sidney" in the summer of 2011, she will always be our foundation show heifer.